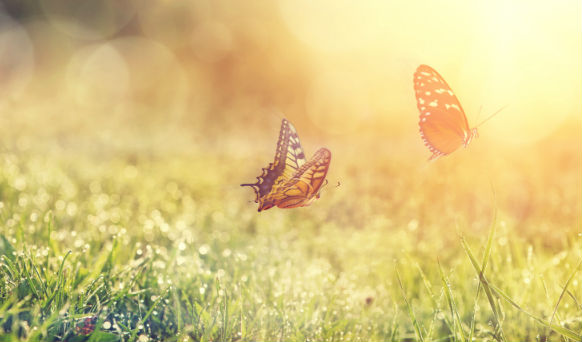 A few years ago, I found myself in a season of loneliness. In the beginning I fought it. I did my share of crying on my pillow, mumbling under my breath and I’m pretty sure I even struggled with depression. I almost deactivated my Facebook account just because I started becoming jealous of other people’s relationships. I would see posts of friendships displayed in group selfies, lunch dates, and road trips and I allowed sadness to sink into me.

The loneliness was strange to me because I was constantly surrounded by people. Beautiful, loving, caring, God-centered people. But these relationships never seemed to grow into more than just acquaintances. Once the lunch was over or service completed, there I was alone again. I began to look at myself and wonder if there was something wrong with me. Did I talk too much, or not enough? I reached out to the Father and He whispered softly, “Come close to me, I want to work out some things put in you.”

It’s been about a ten year journey towards spiritual health for me and I seriously thought that I had surrendered all areas to the Lord. Loneliness and rejection was an area that I really thought had been cleaned up long ago. Well, there was residue that was holding me back. Have you ever washed dishes too quickly?  When you get ready to rinse off the soap you realize your dish has just a little bit of ice cream hiding at the bottom.  You have a choice. You can leave that yummy bacteria infested glob of cookies and cream for consumption with your next cup of coffee, or you can take take it back and give it a good scrub to remove it.

So, once again, I opened up and allowed the Lord to have His way in me.  The End…

Don’t you wish it would always be that easy?  It’s funny how when we think we have fully surrendered, we expect God to be our genie crossing his arms and blinking his eyes making it thus and so? In Numbers 23:19 we see that God is not a man that He should lie. So when He tells us that He will never leave us or forsake us (Deuteronomy 31:6b) He is telling us that not only are we not going to walk through things without Him, but by the way…He will also not permit us to stay in our current, unperfected state. In fact that word, “forsake” in Hebrew means, “permit”.

It is so important to make sure that you have worked through every part of a healing completely.  If not, you leave yourself susceptible and open to worsening the wound.  Think of it in the natural.  Let’s say you got a deep cut on your finger right where you bend it all day.  You would most likely attend to it by keeping it clean and dry, applying ointment and protecting it from the elements.

Now, what would happen if you didn’t do any of these things? Your bleeding, seeping wound is left uncovered becoming infected and even more painful. Infection left unattended to can quickly spread even causing issues in your bloodstream and eventually lead to death.  Left uncovered, a wound can draw flies. Flies land on poop and garbage all day and carry disease on their feet. Landing on a healthy skin surface only requires waving away the fly and washing the surface to avoid bacteria spreading.  An open, infected wound is another story.  Flies draw more flies, they spread bacteria, lay their larva and what started off as a wound has spread infection into your core.

Let’s look at the spiritual application.  We were never healed completely and the wound grew larger and worsened.  What are we attracting into our lives at this point?  What kind of relationships are we cultivating?  In a wounded state we are now open to be invaded by the one who only knows how to lie, deceive, and destroy.  The enemy seeks to steal, KILL and DESTROY us (John 10:10).  So he sends us those who also walk in woundedness or those who only come to feed off of our compromised condition.  If we are not careful we can be drawn into relationships that perpetuate and worsen our pain. I love the second part of John 10:10…BUT I have come that they may have life, and have it to the full.  It’s important to note that we even have a choice when it comes to God’s promises.  He clearly says, “I have come that they may have life.” It’s our choice.

Now, regarding the season of loneliness. God, who’s love can never be outdone knew exactly what I needed. In a season that began as something painful I learned that in my wounded state even I could have been that fly buzzing around and spreading my junk.  But, I could choose to be a butterfly, cocooned in a state of growth and transition. I chose life in abundance and He has taken me from glory to glory with the best still yet to come. That season made me stronger and I now can spread my wings and I can fly, and what I carry has the signature and scent of the greatness and glory of God.